David Cheung Atkinson believes in the value of information.

A native of Brampton, Ontario, David started skating at about age 3 or 4, and began his hockey journey at age 8. Playing house and rep through his teens, he continued with rec hockey while studying engineering at the University of Toronto. After taking a break from hockey while his kids were born, David got back into it when his youngest son expressed a desire to get into the game.

Today, David is in his fourth season as a coach in the Greater Toronto Hockey League (GTHL), and his second as a head coach with the Duffield Devils.

How did you first discover PowerPlayer?   I want to do everything I can to get the kids I work with to the next level — whatever that means to them individually — and to give them every advantage possible.

I’d been looking for a way to assess players on an objective basis, a smarter way to evaluate them and give feedback, and I got talking about that with a parent I knew while I was at their son’s AAA game. He mentioned that his son’s team was using PowerPlayer to measure and provide feedback, so I researched the product and reached out for a demo. And here we are.

How are you integrating feedback into your program?  I started using PowerPlayer during our spring season, right after tryouts. At that time, and through summer camp, we did a lot of metrics like skating, puck skills, and fitness, and provided both detailed and summary game play data. Now I really find that I use the platform heavily for providing comments and video clips, as much as I can. That covers everything from congrats to constructive criticism and specific instruction, and goes to individuals and to groups like the defencemen and specific lines.

What’s been the reaction to PowerPlayer feedback from your players and parents?  Many parents think it’s fantastic. I’ve heard absolutely no complaints from them. I’ve had a parent tell me, after reading a couple of comments I provided to their child, that what I said was exactly what they’d been telling their son or daughter. Of course, the kids never believe their parents, but when they see the same comments from their coach, they realize they should pay attention.

My goal as a coach is to provide a 360º view to my players so they can decide if they want to get better. With PowerPlayer they understand the objective measurements, and I think the comments and video go a long way too. I can understand how some coaches might not be used to putting their statements in writing — maybe they’re concerned about not being clear or being misinterpreted — but I believe the more information I can provide, the better.

For example, I got into a discussion about whether a player who was a fast skater should be on the penalty kill as opposed to another player who was a little slower. Using the PowerPlayer metrics we’d gathered, I was able to show that the faster kid’s puck skills were not quite as solid as the slower kid, and that supported my thinking to go with surer hands over speed, so the penalty kill line would collect and clear pucks from our defensive zone effectively.

What do you feel PowerPlayer does for you as a coach?  PowerPlayer reveals things I maybe didn’t notice as clearly as I thought. I really want to be sure I have as full a view and understanding of every player as possible. And though I believe I can be very objective and open minded, I want to be sure I measure up too.

There have definitely been some surprises since we started using the system. Players have shown differences in speed and puck skills from what I assumed I knew. They’ve shown tendencies that I might not have noticed without the system forcing me to pay attention at the individual level. And I think we as coaches can benefit from multiple opinions. PowerPlayer assessments and ratings have led to coaching staff discussions about overall team approach, skill development, etc. They’ve led us to new line combinations, and even to a switch in positions.

One of our forward’s metrics and game play assessments revealed certain abilities and tendencies, so we asked him if he’d consider switching to D. He’s turned out to be a solid defenseman, and the move has given us a different look as a team. I like active defencemen, which requires skating skills, and this kid has them. He’s got a bigger view of the game, and I’ve told him not to be shy — to take the puck and go with it if he gets time and space. All of that has benefitted him as a player, and us as team.

Any other thoughts you’d like to share?  I love the idea that down the road, PowerPlayer will make it possible to make wider comparisons. For a player to be able to see how they measure up as an individual versus their own team, or versus a different anonymous subset like all players their age and tier in Canada or the US will be informative. With that kind of knowledge, coaches can help guide players toward focusing on improvement in specific areas, so their parents can help them seek out specific training for those things.

It’s always good to get feedback you can act on.

Even pros take feedback that deconstructs how they skate, for example, and then work to reconstruct their skating to improve a specific aspect. The feedback PowerPlayer can provide can definitely help more motivated kids to move forward. 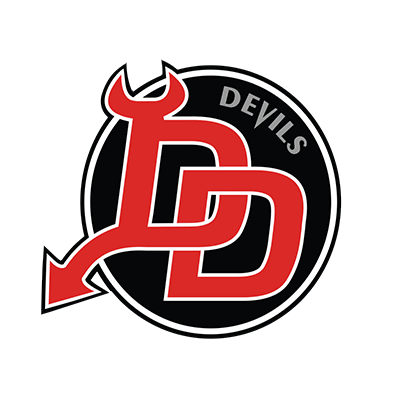