How do you measure a season?

We’re getting close to the end of the 2018-19 hockey season. Maybe your team had a stellar year? Maybe not so stellar? That’s pretty easy to determine based on wins and losses. But in youth hockey, where development is (or should be) the focus, wins and losses only tell part of the story.

How did your players do as individuals? As players?

How much did their skating improve?
What about their puck skills?
Their hockey sense?
How about their fitness level?
Or their intangibles?
Is a player better today than they were four or five months ago?
And are they keeping pace with or outpacing their peers?

For players who receive PowerPlayer feedback from their coaches, personal development — including team related aspects of their development — is the name of the game. By providing periodic ratings on dimensions such as work ethic, compete level, puck support, and coachability, and capturing random metrics such as speed forward, speed backwards, wrist shot accuracy, and foot speed, coaches in Canada, the United States, and Europe are helping their players — and their parents — see their progress and better understand the path forward. 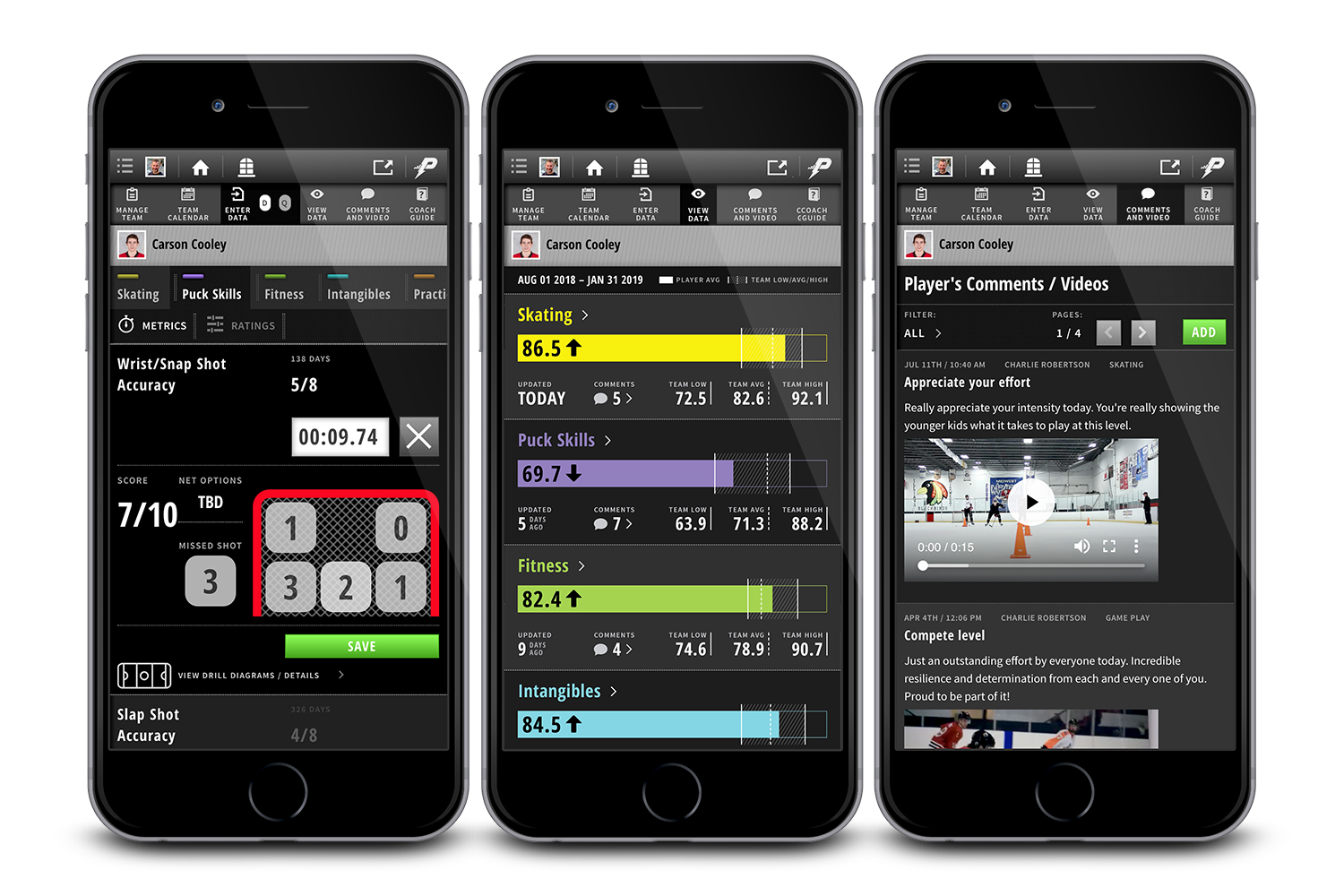 Coaches tend to use PowerPlayer in a variety of ways. Some gravitate toward aspects like Game Play, providing detailed ratings, comments, and video on almost every game. Others are more focused on baselining and tracking metrics and ratings relating to fundamentals like Skating, Puck Skills, Fitness, and Practice habits. We’re starting to see different usage patterns relating to player ages, levels, and tiers, but also some differences between regions and countries.

And over the season, we’ve seen the average volume of data provided per player grow as coaches become more familiar with integrating PowerPlayer feedback into their personal coaching styles, and more active in using the platform as a teaching and communication tool.

From August 15, 2018 to February 05, 2019, the average player among the top 10% of all teams (across all age groups) using PowerPlayer received more than 95 data points to help them understand and improve personal specifics relating to hockey. As you can see in the charts below, most PowerPlayer feedback consists of ratings and comments / videos, which can be provided at any time, and are a great way for coaches to help their kids while they’re away from the rink. At the upper end of the scale, some players received more than 246 ratings, 47 metrics, and 39 comments / videos each. That’s a ton of feedback. 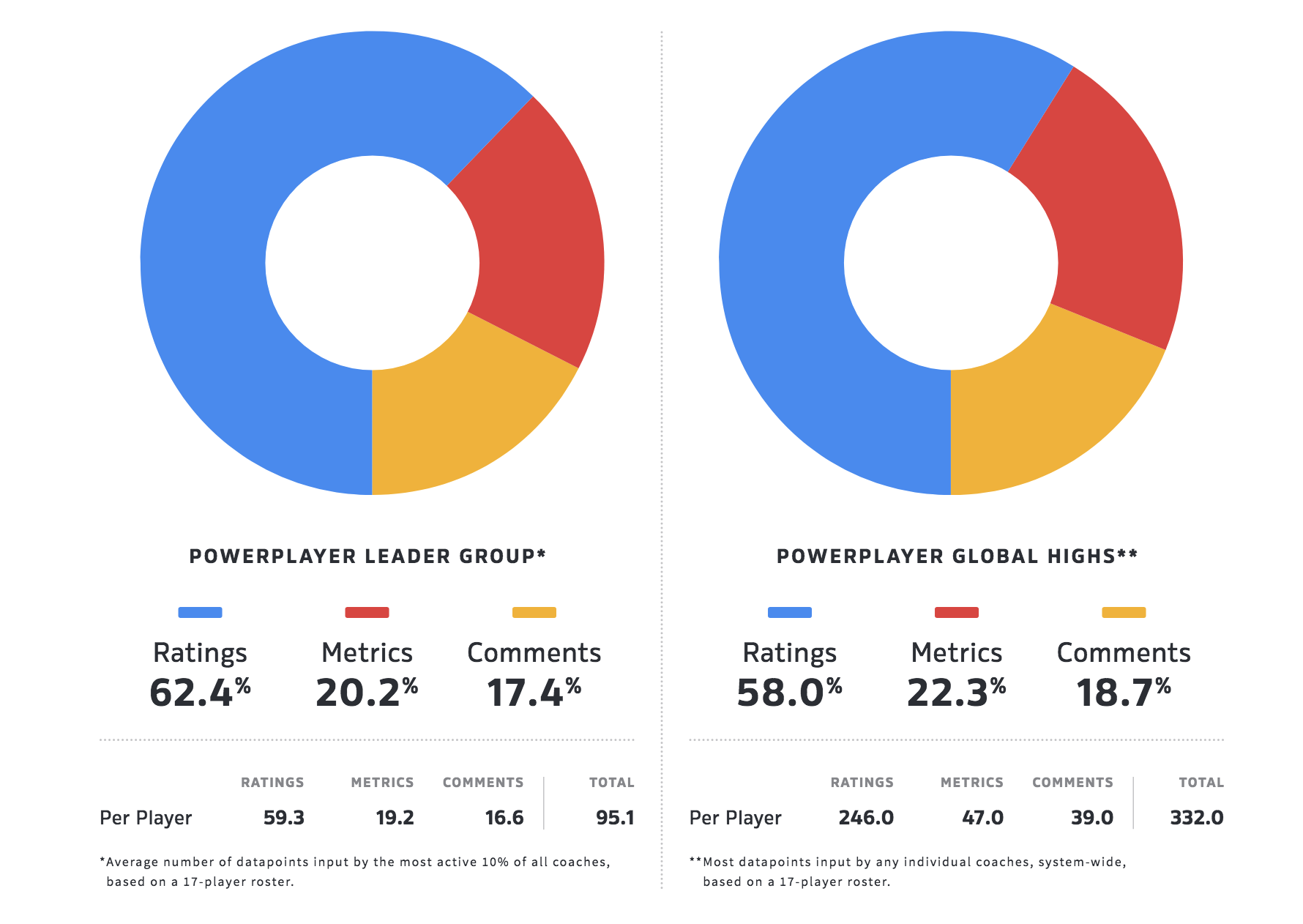 Educators know that kids who receive periodic feedback have a better sense of themselves as viewed through the eyes of their teachers (ie coaches) and as measured relative to their peers. No different than school report cards, a consistent flow of measurable / trendable / reviewable feedback goes a long way toward helping young athletes (and parents) understand where they are in ‘the process’, and what they might want to focus on in order to attain the level of success they are pursuing.

If you’re interested in integrating PowerPlayer feedback into your player development plan, give us a buzz.